In the past 2 to 3 decades, “Phone Screen” has become thinner, flexible and more energy efficient as that is exactly what we require when making compact mobile devices. Yes, this category comprises majorly of mobile smartphones which heavily rely on touchscreen technology as an input. As screens get better, more power-efficient, and thinner, smartphone manufacturers use this as an advantage. Let’s find out which one is better:

LCD is a type of flat panel display that uses liquid crystals in its primary form of operation. LCDs are lit by a back-light, and pixels are switched on and off electronically while using liquid crystals to rotate polarized light. A polarizing glass filter is placed in front and behind all the pixels, the front filter is placed at 90 degrees. In between both filters are the liquid crystals, which can be electronically switched on and off. A polarizing glass filter helps avoid glare due to different angles of light as seen in the example below:

Here we can see a graphical cross-section of an LCD to have a better understanding of the explanation:

A BRIEF INTRODUCTION TO TYPES OF LCDs:

LED is, however, just the base for the prevailing screen technology during this time. Please, allow me to introduce to you, OLED displays.

OLEDs use a single glass or plastic panels, compared to LCDs which use two. An OLED does not need a backlight as the diodes itself emit their light, unlike an LCD, OLED devices such as televisions and smartphones are typically much thinner, and have much deeper blacks, as each pixel in an OLED display is individually lit. If the display is mostly black in an LCD screen, but only a small portion needs to be lit, the whole back panel is still lit, leading to light leakage on the front of the display. An OLED screen avoids this, along with having better contrast and viewing angles and less power consumption. With a plastic panel, an OLED display can be bent and folded over itself and still operate. As mentioned at the beginning, this is what smartphone manufacturers use as an advantage to make foldable…and even, ROLLABle smartphones!

We can see the cross-section of an OLED here: 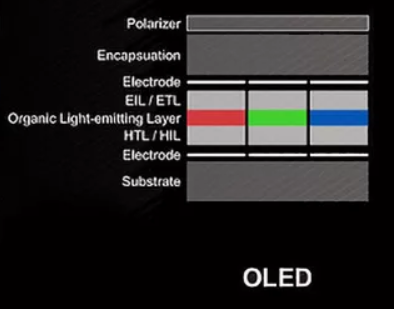 Now, coming to the part of foldable and rollable smartphones, we’ve already seen the Galaxy Fold which has a foldable screen inside. This is the world’s first properly implemented use of an OLED to make a compact smartphone-tablet device:

Then comes the Motorola Razr which makes a tall phone compact enough to fit in your pocket. This phone folds horizontally unlike the vertical folding or Galaxy Fold.

Then comes the Galaxy Z Flip which almost yells “I’M THE PERFECT FOLDABLE!” with its top of the class hinge which has small brushes to avoid dust getting into it along with the advanced mechanism which allows it to rest at different positions other than closed or open.

Now that we’ve covered foldable briefly, we HAVE to visit rollable. Rollable smartphones, whilst still being concept/prototypes, are still very implementable in a few years from now.

TCL is the company to come up with the idea of triple folding phones and rollable. They even have a concept video.
We can see TCL’s prototype over here:

This concept is really interesting as it uses the concept of flexible screens very effectively, making a compact smartphone-tablet which increases work capabilities while keeping its form factor the same. But, as you can see, it is a concept video which has been implemented…wait for it…with PAPER!

A PMOLED display uses a simple control scheme in which you control each row (or line) in the display sequentially (one at a time). PMOLED electronics do not contain a storage capacitor and so the pixels in each line are actually off most of the time. To compensate for this you need to use more voltage to make them brighter. If you have 10 lines, for example, you have to make the one line that is 10 times as bright (the real number is less then 10, but that’s the general idea).

So while PMOLEDs are easy (and cheap) to fabricate, they are not efficient and the OLED materials suffer from a lower lifetime (due to the high voltage needed). PMOLED displays are also restricted in resolution and size (the more lines you have, the more voltage you have to use). PMOLED displays are usually small (up to 3″ typically) and are used to display character data or small icons: they are being used in MP3 players, mobile phone sub displays, etc.

PMOLED display on an MP3 player:

An AMOLED (Active-Matrix OLED) is driven by a TFT which contains a storage capacitor that maintains the line pixel states, and so enables large size (and large resolution) displays. AMOLEDs can be made much larger than PMOLED and have no restriction on size or resolution.

We come across a common problem with AMOLED displays known as a “burn-in”. A burn-in may be commonly associated with “image retention” which occurs when the pixels have been displaying the same colors for a while and when suddenly switched to another color, do not respond for a few minutes due to the constant electricity of a color has impacted it.

A “burn-in” occurs when the display has been showing the same colors for a while, such as a game HUD with your health bar, etc, which leave a permanent mark on those particular pixels and this is a problem which CANNOT be fixed unfortunately as the pixels get “burnt” into showing the same color as before. A burn-in is a very rare and avoidable phenomenon however and it requires you to pay a little attention to your screen time. Here’s an example of a burn-in, we can observer a faint Dolby logo due to the prolonged image keeping:

There is one more type of LED that we absolutely CANNOT miss. Micro LEDs. Micro LEDs are smaller than OLEDs, that’s right! SMALLER than OLEDs! And there’s a catch. They have a higher color contrast thanks to the compact nature which gives more place for the pixels.

The cross-section of a Micro-LED will be sufficient to explain what was said above:

Although there haven’t been any devices with Micro LED yet, it will be seen in a decade or so because of the dominating use of OLEDs.

QLED stands for quantum light-emitting diode and quantum dot LED. QLED displays were developed by Samsung and can be found in newer televisions. QLEDs work most similarly to LCDs, and can still be considered as a type of LCD. QLEDs add a layer of quantum dot film to an LCD, which increases the color and brightness dramatically compared to other LCDs. The quantum dot film is made up of small crystal semiconductor particles. The crystal semi-conductor particles can be controlled for their color output.

This brings us to the end of this blog. Screen technology has come to become one of the most important things for multiple reasons and what is to come in the next decade or two will be unimaginable.

Screen technology started with “Cathode Ray Tubes” and slowly developed to LCDs, LEDs, and OLED variants we see today. To understand displays and their operation, we need to understand what pixels are. In digital imaging, a pixel or picture element is a physical point in a raster image or the smallest addressable element in an all points addressable display device; so it is the smallest controllable element of a picture represented on the screen.

A display is made up of millions of pixels. The quality of a display commonly refers to the number of pixels; for example, a 4K display is made up of 3840 x 2160 or 4096 x 2160 pixels. A pixel is made up of three sub-pixels; a red, blue, and green, commonly called RGB. When the sub-pixels in a pixel change color combinations, a different color can be produced. With all the pixels on a display working together, the display can make millions of different colors. When the pixels are rapidly switched on and off, a picture is created. 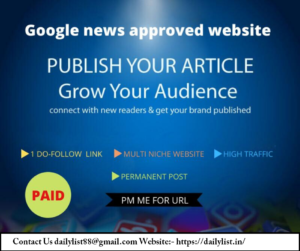